You've landed on this page because something has you worried about your safety.  Instead of giving you already written prayers, this article will help you start working with Archangel Michael and writing your own prayers of protection.

Before we get to that, though, let's talk a little bit about Archangel Michael. 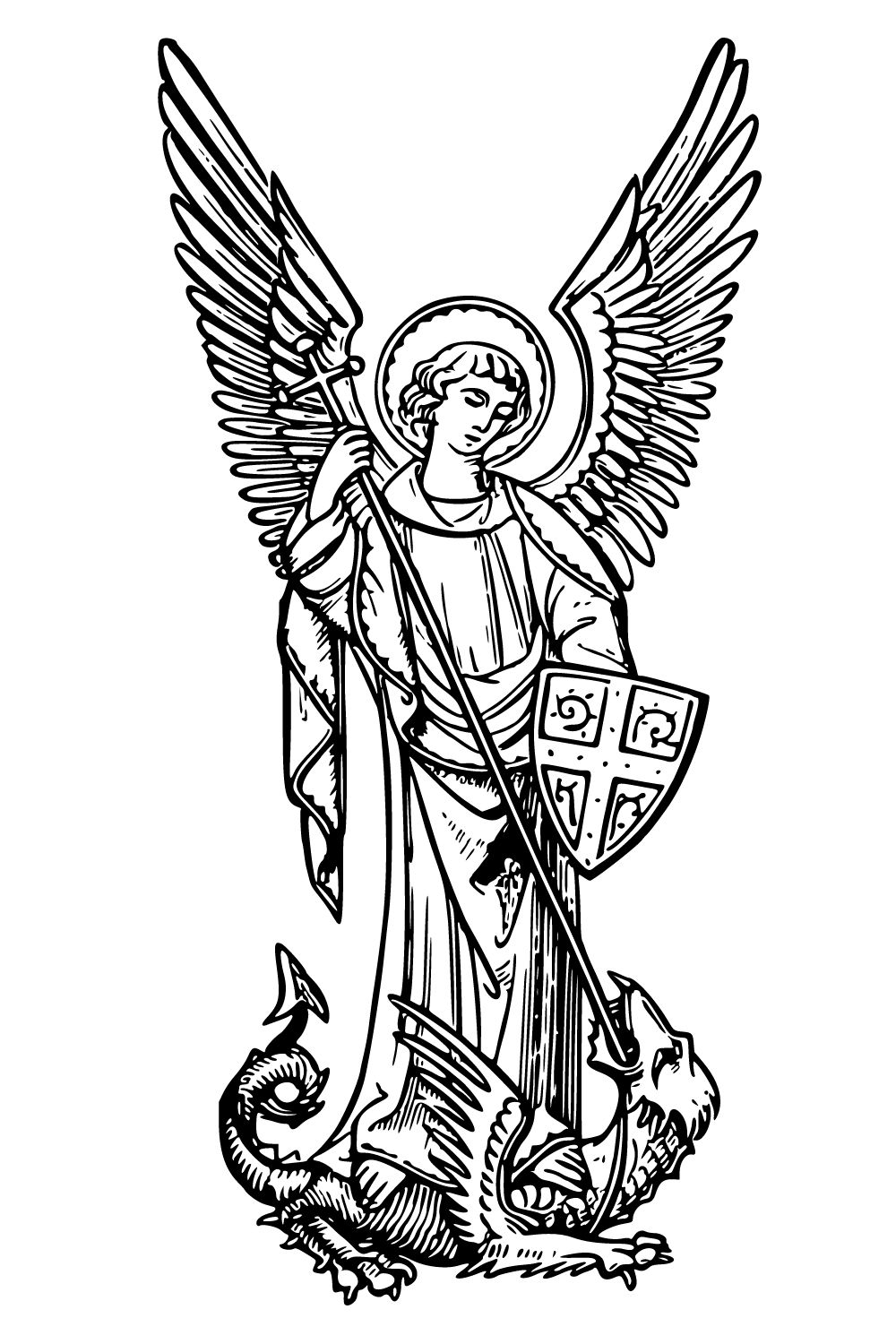 Why Ask Archangel Michael for Protection

If you’re in a situation that’s causing you a lot of fear and anxiety, it can freeze you in place.  There’s a biological reason for this.  Your fight or flight mechanism has been activated.

When I’m feeling that way Archangel Michael is my go-to for calm.  Traditionally he is the archangel that represents fights the bad guys and protects the world from evil.

I’m not a member of any religion but I still am connected to the angels.  I know this because there’s a particular kind of physical feeling that comes over me when they are around.  I’ve trained myself to physically pick up on shifts in energy around me.  When angels come around they feel very powerful.  Michael in particular feels like an actual suit of armor around me.

Sometimes when people call in Archangel Michael he feels scary, even demonic.  That’s confusing for people because he’s supposed to be the good guy.  This is what I think is happening: 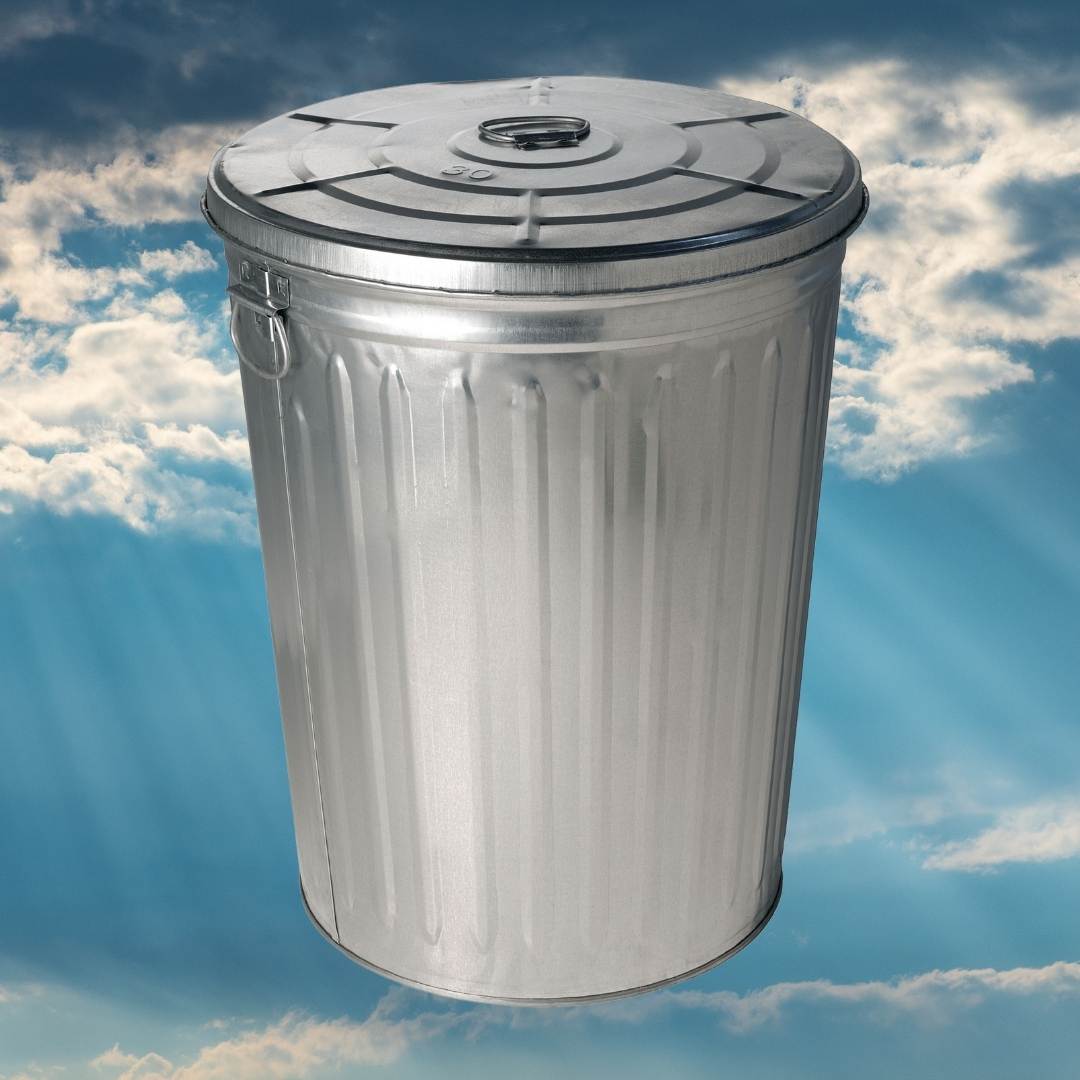 I’ve decided that he feels this way because he’s basically the spiritual garbage collector.  So when he comes into your presence, he may feel like an evil entity because he’s been in that energy.  If you’re already in a state of fear, you’re going to pick up on fearful energy first and it will feel very strong.

Don’t Let the Stink Put You Off

If nothing else, think of Archangel Michael being stinky with negative psychic gunk, and that will make you laugh.  Laughter is very strong magic in itself.

Laughter is the Best Medicine

In fact, Archangel Michael can be quite the comedian.  My experience of him* is that he can come across as kind of goofy.  It’s the counterbalance to the really heavy spiritual stuff he handles. 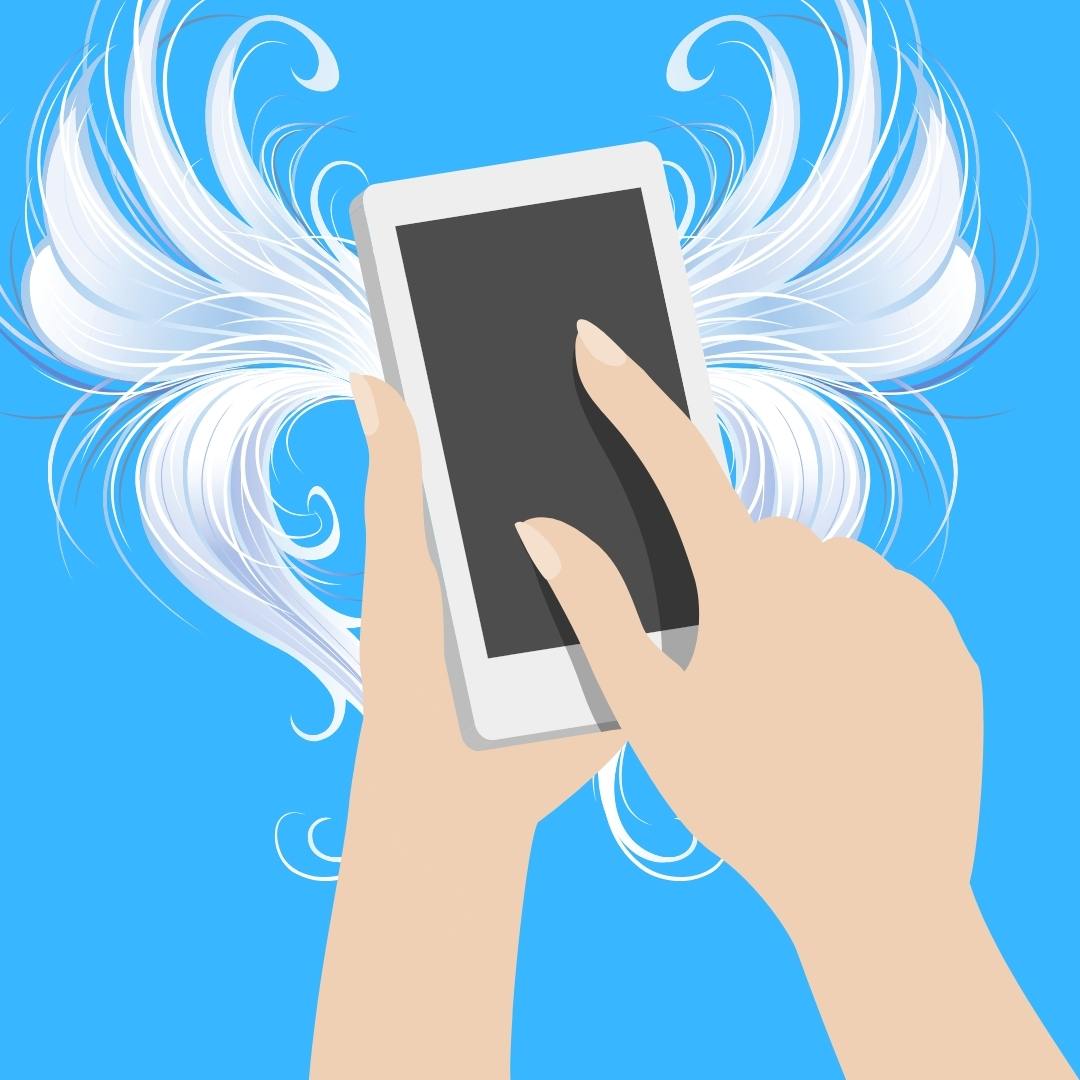 Therefore, Michael is the ideal archangel, of all the archangels, to make a connection with first before the others.  He’s a gatekeeper, in a way.  Once you can resonate with him, it’s easier to connect with Raphael, then Gabriel, and so on.

Why Use a Prayer of Protection?

The answer lies in understanding what prompts people to call on an archangel in the first place. Usually, they want protection from something, right?  You don’t usually call in an angel just to tell them what you had for lunch.  You want them to DO something, and the #1 thing anybody needs help with is the fear of something.

What is a Prayer?

A prayer is a series of actions you use to connect up with a force greater than you.  In this case, it's Archangel Michael.  The actions can be words or movements - any number of things.  It's a way to shift your consciousness away from ordinary day-to-day life to an intelligence that knows more than you do. 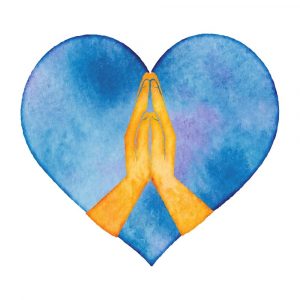 Crafting Your Own Prayer

So with that in mind, let’s craft a prayer of protection that fits your situation.

That’s right, I’m not going to just give you a prayer to say by rote.  Instead, you’re going to create one designed to connect you with Archangel Michael in the most personal way.

The Power of Independence

Here’s the thing – if you use someone else’s prayer, it’s not tailored to fit you and your beliefs.  Those prayers are about bringing you in sync with a group of people.

That’s not to say that a group of people who have the same beliefs setting the same intention isn’t powerful.  It is.  But if you’re not part of that group and you’re using their words, it’s just not going to have the same impact.

It's great, however, to use other prayers for inspiration and take the parts of it that resonate with you.  Or you are part of a group that uses prayers that fit you partly but not completely.  You can change it.

Archangel Michael is about protection, yes, but he is also very much about liberation from things that don’t serve you. 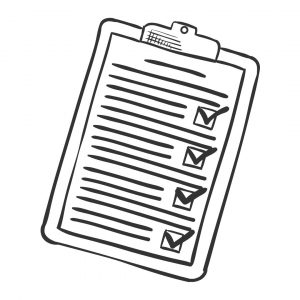 Quick Outline for a Protection Prayer

Further Breakdown of the Steps 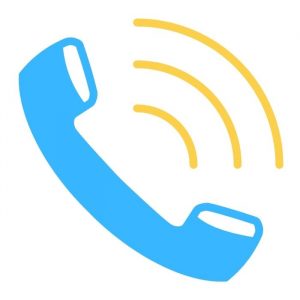 The first thing to do is to get in sync with Michael’s frequency.  You are inviting him to meld his frequency with yours and you meet in the middle.  That’s called “invoking” Michael.  You’re inviting him to come into your spiritual and physical space.

At first, you will want to do something to shift your consciousness, such as lighting a candle or burning some incense.

What kind of language do you want to use in your prayer?  Is it more comfortable for you to use formal language, or would you rather be more casual about it?  Michael will meet you where you are.

You may feel warmth or even a hot flash.  Michael is associated with fire.

You could feel overwhelming power.  Just ask Michael to back away a bit.

It’s just like tuning a guitar string.  There’s a sweet spot when things get perfectly in tune and you’ll find a place where you can feel Michael’s power but it won’t be uncomfortable. 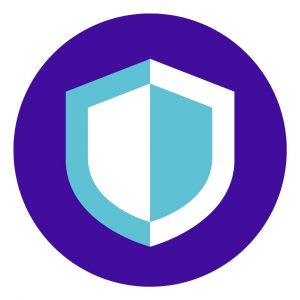 2.  Describe What You Need Protection From

The second step is telling Michael what you need protection from.  You don’t have to say it out loud.  You could write it down or make an image that represents it. Creativity is welcome here.

If you’re not in immediate danger and have time to think about it, see if you can figure out the root of the need for protection.  Things never just happen out of the blue.  And they’re usually not just one thing.

The more specific you can be about what you need protection from, the better. 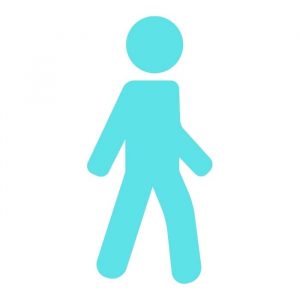 3.  What Actions Are YOU Taking?

The third step is to tell Michael what you will do to protect yourself.  Most prayers don’t involve you saying what YOU’RE going to do about it.  Most prayers can be boiled down to “please help me”.

Michael is very action-oriented.  You don’t HAVE to tell him what you’re going to do. In fact, if you’re far enough into fear you probably won’t be able to think of anything. But if you CAN, he can make things happen so much faster.

If nothing else, start with something like “Michael, please help me to take the first step I need to take, no matter how small.  Just give me one word that can help me see the light.”

Thank Michael for his help in advance.  Again, if you’re in a state of extreme vulnerability, don’t try to do anything elaborate.  Just feeling gratitude will work.

And that’s it.  The most important point is to make it feel like something you would say to a friend.  You don’t need to strive for any particular kind of holiness.  Michael can be very down-to-earth, for an angel.  The movie was pretty accurate.

Once you get a feel for what it’s like to work with Michael, you can start telling him how great it is to work with him and what a wonderful angel he is.  Don’t do it before you’ve had a chance to see how it works, though.  I mean, you can- people do-, but he’d rather you treat him as though he’s a respected peer or mentor instead of a hero to be worshipped.  He wants to empower you. 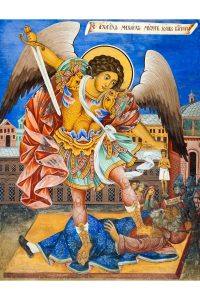 Practice Before You Need It

Most people, myself included, don’t look for protection until it’s too late.  But if you get in the habit of connecting with Michael and the shift of consciousness that comes with it, when you really do need protection you’ll be mentally ready.

Find What Works for You

Another reason to practice is you may find that what you think works for you doesn’t really.  It’s likely your core beliefs are hiding under layers of others’ beliefs for you.

For example, you are sure that lighting a candle is the best way to get into Michael’s vibration because that’s what you’ve been told, but it doesn’t work.  Be open to experimentation.  Each of us has our own key to unlock these connections.

Michael is a Transformation Angel

Be aware that calling on Archangel Michael will result in personal transformation.  You’ll be forced to look at parts of yourself you’ve been ignoring.  The patterns you have that cause you to need a prayer of protection will have to change.

Can This Method Be Used to Pray for Others?

Yes, you can go through the same steps to pray for others.  Understand that in doing this you're likely to learn new things about yourself and your beliefs.

Give It a Try

As stated earlier, practice makes perfect.  Learn how to work this way before you have to.  Try working on one step at a time and make note of what feels true to you.  Then when you're under pressure you'll be ready.

Disclaimer:  Although things of a spiritual nature are powerful, don’t count on a prayer of protection to protect you from immediate physical danger.  Miracles do happen, but take physical action to get yourself to a place of safety.  This is not a substitute for common sense.

Written by Gretchen Little, who has been consciously communicating with angels for 30 years.  Michael is her patron archangel.

Stephanie Ryan, the owner of Illuminations, was given her own healing modality, Angelic Chakra Integration, by the angels.