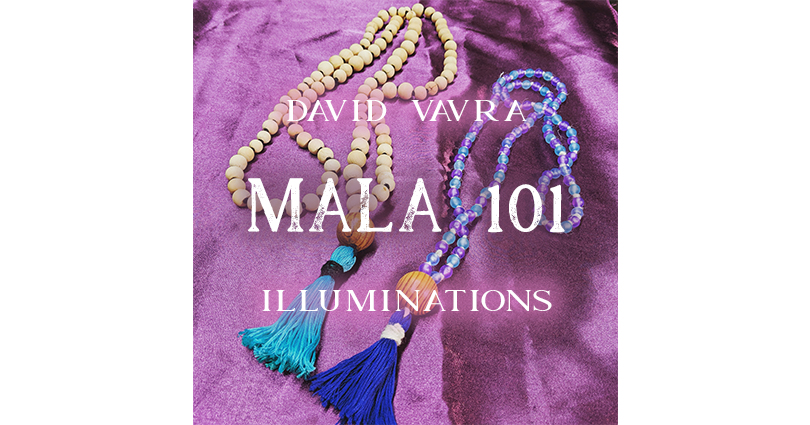 Make Your Own Mala

In this class you will learn the art and techniques in making a mala. We also will be discussing the differences and purposes of Hindu and Tibetan mala.  A mala is used in Hinduism for not only chanting but also for focusing on specific subjects of the chanter.  Most Hindus chant to who they call God, but this can be used for affirmations and many other magical areas.  Everything you will need for this class will be provided and you will take home your own mala.

Special Guest Craig Williams will be joining us. More information about Craig is available at http://www.ayurvedaaustin.com/bio.html.

About the Teacher, David Vavra

I have been practicing metaphysical arts since 2003. I have been on many paths including the dark arts. While pursuing these arts and finding the correct path for me, I was introduced to Hinduism. In 2008 I was at a temple in Alachua, FL a Hare Krishna Temple. For the next 10 years this path would always call me back no matter what path I tried. The Hare Krishna temple was everything my spirit wanted but there seemed to lack a few things. In April I found my spiritual master Totagopinath Das Aghor and decided to follow the path of Hinduism. The last couple of years I was wanting to find a teacher. My spiritual master is able to blend everything the hare Krishna temple was doing and add more elements and the practices I felt I was missing. The Aghori path was perfect for me and chanting with a mala has been a big part of this. This path has really opened my eyes up to more things in the spiritual world than I could ever imagine and has led me to want to share this practice with my community. I have even started a temple called Cedar Rapids Vaishnava Aghora Temple. We have a Facebook page and are just starting out to build the temple so everyone no matter what path you are following you can come and see a different aspect of spiritual life and practices that many paths already do. Thank you Domad or Das aka David Vavra.